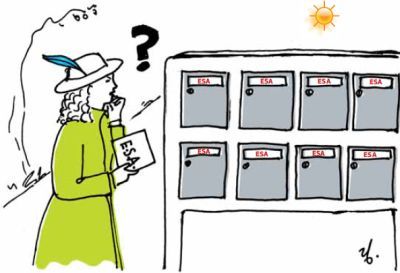 False friends (or faux amis) are pairs of words in two languages that look similar, but differ in mean­ing.

In a multilingual environment like the European Commission, we often mix up our languages. Bor­rowing between French and English is common. For instance, ‘to control’ in English normally means ‘to command/direct’ or ‘to restrict/limit’.

It does not mean simply ‘to check/supervise’ like ‘controler’ in French. Using the wrong word can alienate readers, making the EU institutions look like a closed club that is out of touch with the real world. In the worst case, it can lead to misunderstandings and diplo­matic incidents (for example, if you just want to say that Luxembourg is small, but you write that ‘Lux­embourg is not an important country’).

Jargon is vocabulary used by any group of insiders or specialists to communicate with each other, and is acceptable in documents which are only read by that group.

However, outsiders (especially the general public) will have to work harder than they need to or want to when reading jargon. Some readers may even stop reading — so make sure that any document you want outsiders to read is as jargon-free as pos­sible.

And if you DO have to use jargon terms in docu­ments for the general public, explain them when you first use them, or add a glossary, a hyperlink or a reference to one of the websites indicated at the bottom of this page.

This non-exhaustive table contains a number of terms commonly used in the EU institutions:

Take care with abbreviations Too many unfamiliar abbreviations can make a document incomprehensible and send your reader to sleep: (ERDF + EAGGF + CAP = ZZZ).

If the meaning of an abbreviation might not be clear to your reader, you should:

The ‘Main Acronyms and Abbreviations’ section of the Interinstitutional Style Guide (http://publications. europa.eu/code/'en/en-5000400.htm) defines many of the acronyms and abbreviations used in Euro­pean Commission documents.


As always, consider your readers’ needs:

Remember that abbreviations and acronyms can mean different things in different contexts.